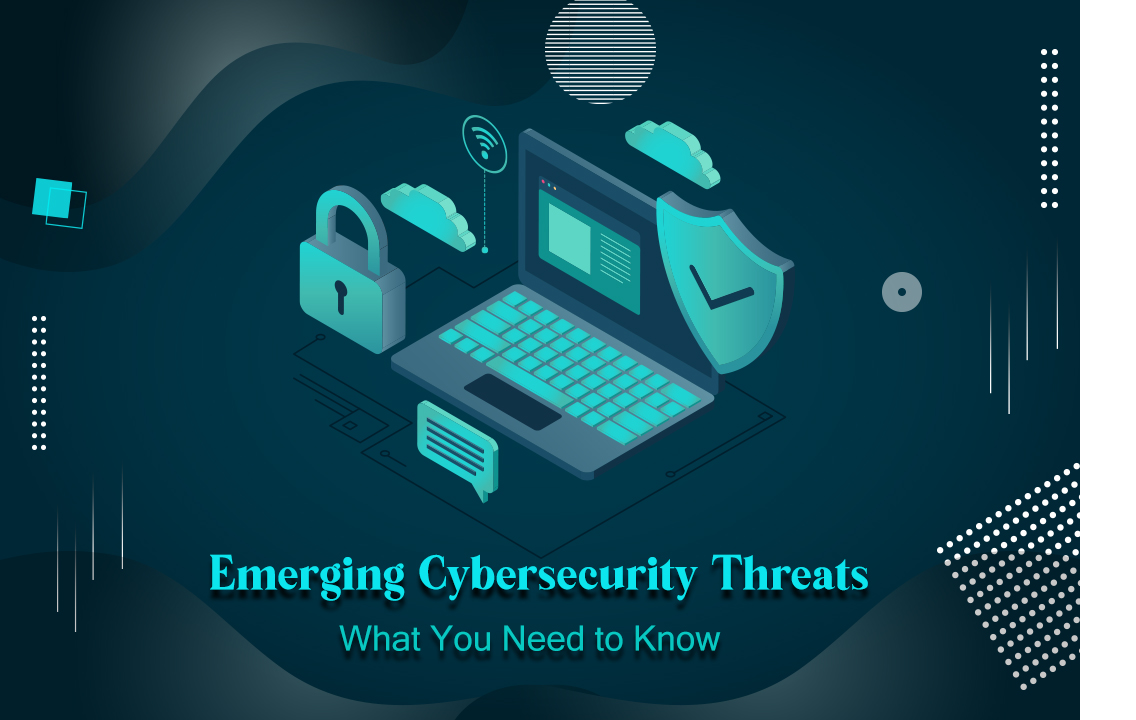 Cyber-attacks have considerably increased with the advancement in technology, especially in the last few years. From massive data breaches to cryptojacking, we have heard of quite a few appalling cases of cyber crimes taking place across the world.

Needless to say, the growing use of digital media and technology has also attracted attackers and made it easier for them to exploit weaknesses in the cyber security systems of individuals and firms – if they have any in the first place.

Everything is a potential target; whether it’s a recently-launched blog or a reputed E-commerce business. Cyber criminals are extremely active when it comes to sniffing out private data, which is why it’s important for you to be aware of the different types of attacks you could face in the cyber world.

Be Wary of These 6 Major Cyber Security Threats

Malware or malicious software refers to programs that get installed when a user clicks on a malicious attachment or a link. Once it gets activated, dangerous software like viruses, spyware, worms, or ransomware can create problems by:

A denial of service (DoS) attack involves flooding a network or a system to render it incapable of responding to requests. It is slightly different from a distributed Denial of Service (DDoS) attack, the difference being the origin of the attack – DDoS originates from the computer network.

Cybercriminals may use various techniques to cripple the “handshake” process and launch other attacks. A botnet is an even dangerous type of DDoS that affects millions of systems and brings them under the control of a hacker.

Sometimes referred to as zombie systems, botnets aim to overwhelm the processing capabilities of the target system. They often exist in varied geographical locations, making them difficult to trace as well.

3. Man in the Middle

A man-in-the-middle (MITM) attack often takes place on public Wi-Fi networks that are largely unsecure. The attackers filter and steal information with the help of malware, by entering a two-party transaction and disrupting traffic.

They basically insert themselves between the Wi-Fi network and the user, and then install dangerous software that steals data and uses this information maliciously.

These attacks are aimed at stealing sensitive information by tricking users into opening fake emails or other forms of communication and following the instructions, like giving login or credit card details. Hackers may also install malware through such correspondence.

A Structured Query Language (SQL) injection is the insertion of malicious code into servers that use SQL. Once infected, the server obeys the code and releases data. Entering the malicious code can be as easy as typing it into an unprotected search box.

The correct password can lead a cyber criminal to an abundance of information. This is why password attacks like social engineering were developed by hackers to trick people into breaching standard security protocols. While this method relies heavily on human interaction, there are others that may not, like breaking into a password database or outright guessing.

Categories: Cyber Blogs
Tags: Cyber Security Anbieter Cyber Security Firma Cyber Threat
We use cookies to ensure that we give you the best experience on our website. If you continue to use this site we will assume that you are happy with it.OkPrivacy policy